Explore The Endless Plains of Serengeti

Placed close to the northwest of Ngorongoro Conservation Area, Serengeti National Park covers an area of covers 5,700 sq miles, (14,763 sq km). The park is best known for its wildlife and is featured in many National Geography shows. The vast plains, abundant wildlife, golden sunrise and sunset, and the interaction between predators and prey make the heart go wild.

The unique ecosystem is one of the oldest ecosystems on Earth. It’s the great migration that makes Serengeti most famous among visitors. Over millions of wildebeests, zebras and other antelopes start rushing from Serengeti in search of fresh grazing land and rain.

The same pattern of life, fight, death, and again life follows year by year. The interaction of predators and prey is the main attraction of the park. The lions and other predators hunting between the herds and killing them are heart-warming. Similarly during river crossing, some of the herds become the prey of the crocodiles

Serengeti National Park is best to see great herds of buffalo, smaller groups of elephant and giraffe, and many other ungulates (hooved animals) such as eland, topi, kongoni, impala and Grant’s gazelle. Big predators can be seen easily. Lions, cheetahs and leopards are everywhere found on a kill. 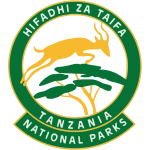 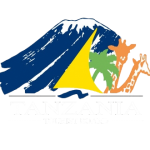